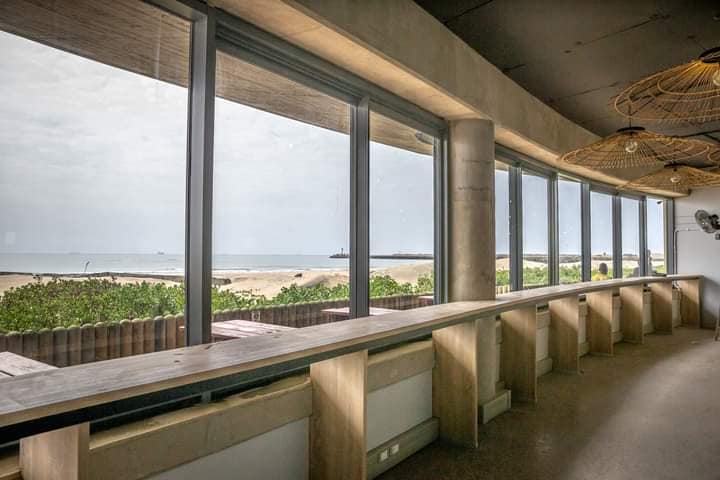 The operational zone will embrace the Vetch’s basin which is the beach and water area bordered by:

Purpose & Background
The Durban Point Waterfront Management Association (DPWMA) is a property owners association set up as a “not for gain” company and was created by the primary developer of the Point Waterfront area, the Durban Point Development Company (DPDC) to manage “public” areas, set up additional security and manage the canal systems on behalf of the property owners of the area. The Point Watersports Club (PWC) is a non-profit organisation formed by the 2 water sports clubs operating on Vetch’s Beach zone consisting of the Durban Ski Boat Club and Durban Undersea Club. PWC will operate the beach zone under the guidelines as adopted by the DPWMA with the approval thereof by the EThekwini Municipality. It is hereby noted that a third water sport club, namely The Point Yacht Club, also has a presence at Vetch’s beach and it’s beach and water side activities are also managed by this protocol. The purpose of this document is to set out the beach operation, management and access protocol of the PWC to safely control the operational launch zone on the beach adjacent to the Point Waterfront development and promenade. The document will provide clear roles and responsibilities.

For over the past 50 years the Durban Ski Boat Club has managed the operational beach that forms the area from the base of Vetch’s pier to the North pier which was never designated as a primary swimming beach and hence there were rarely incidents between bathers and water craft.

This area now includes a bathing area on the northern side of the Vetch’s basin and along with the new promenade; there is an growth in swimming activity, increasing the possibilities of an incident between bathers and water craft.

In order to cater for the growth in demand of the Vetch’s basin, a flexible management approach is required.

The beach must be available to the general public at all times, and their safety and security are paramount. Additionally, the beach must be managed in such a way to ensure that it remains an asset for the Waterfront and that the profile of those attracted is in line with the vision of the area.

When combining all the activities into a “mixing bowl” it may seem impossible for this to work, however it does due to the following factors:

See Annexure 1 which shows the current ACTIVITIES and indicates a fairly even spread throughout the day, with possible peaks between 05h00 and 08h00 and again between 13h00 and 17h00. Annexure 1 also indicates peak periods between 13h00 and 15h00. It further indicates a fairly busy period between 06h00 and 08h00 and again in the afternoons from 15h00 to 17h00. After 17h00 the activities would be mainly around beach walkers and within the clubs.
See Annexure 2, (estimates used), which indicates the RISKS at various times of the day, but also takes into consideration weather conditions.

The scale of usage of the Vetchs basin will always be dependent on weather conditions
The PWC is best positioned to manage the beach due to the established control mechanisms currently in place to manage the majority of water sport users and, to a certain degree, even the general public.
The PWC, through its social membership base, understands the beach going public and is active in providing information and assistance in terms of dealing with tides, blue bottle stings, minor abrasions caused by reefs, etc.

There are two launch assist options available to a person wanting to launch a water craft.

Vehicles and trailers used for self-launch are to be parked on the beach.
Vehicles that are unable to self-launch water craft are to use available off beach parking
Trailers without vehicles are also to be parked on the beach
Only vehicles (4×4) for the purpose of launching a boat are allowed on the beach. Social driving on the beach is not allowed and this aspect will be controlled by the designated safety officer on weekend public and school holidays and by the PWC access control staff during the weekdays and quieter periods. The appropriate signage is erected in conjunction with existing city bylaws and SA law regarding launch sites
The Tractor Drivers are to be continually briefed on safety and to be managed. The tractors are properly maintained on a daily basis in terms of brakes, etc.
Launch site Demarcation: PWC to set up Launch Site Demarcation Signs at First Light every morning, thus separating the PWC launch area from the rest of the beach. Signage is to be erected to demarcate the respective areas. Beach users are required to respect these signs.
All launch and return activities are to have their designated areas. These are spread over 180 metres as follows:
The Yachts are to launch and return in front of the PYC, (Point Yacht Club) premises to the north end of the clubhouse portion of the promenade with the northern limit being the designated bathing area.
The surf and fishing skis are to launch to the south of PYC and to the north of the designated motorised launch area
The motorised ski boats, jet skis and dive boats are to use the area north of the harbour breakwater to the point in line with the northern side of the launch access ramp through
The day visitors are to be restricted to the area just south of the base of Vetch’s pier within the designated bathing area with the southern boundary being the Yacht launch area.

The PWC Tower to be manned from First Light to 15H00 on weekends and public holidays in order to manage the launching and returning of boats. During peak periods, the Tower may be manned by two persons with a qualified Safety Officer on call.

The abovementioned protocol act as a guide for the ongoing management of the Vetches basin and beach. With active monitoring and continuous consultation between ETM, DPWMA and PWC this zone should become a primary tourist attraction of Durban, with a reputation for safe and integrated activities.

We use cookies on our website to give you the most relevant experience by remembering your preferences and repeat visits. By clicking “Accept All”, you consent to the use of ALL the cookies. However, you may visit "Cookie Settings" to provide a controlled consent.
Cookie SettingsAccept All
Manage consent

This website uses cookies to improve your experience while you navigate through the website. Out of these, the cookies that are categorized as necessary are stored on your browser as they are essential for the working of basic functionalities of the website. We also use third-party cookies that help us analyze and understand how you use this website. These cookies will be stored in your browser only with your consent. You also have the option to opt-out of these cookies. But opting out of some of these cookies may affect your browsing experience.
Necessary Always Enabled
Necessary cookies are absolutely essential for the website to function properly. These cookies ensure basic functionalities and security features of the website, anonymously.
Functional
Functional cookies help to perform certain functionalities like sharing the content of the website on social media platforms, collect feedbacks, and other third-party features.
Performance
Performance cookies are used to understand and analyze the key performance indexes of the website which helps in delivering a better user experience for the visitors.
Analytics
Analytical cookies are used to understand how visitors interact with the website. These cookies help provide information on metrics the number of visitors, bounce rate, traffic source, etc.
Advertisement
Advertisement cookies are used to provide visitors with relevant ads and marketing campaigns. These cookies track visitors across websites and collect information to provide customized ads.
Others
Other uncategorized cookies are those that are being analyzed and have not been classified into a category as yet.
SAVE & ACCEPT