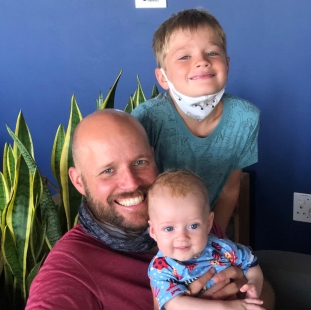 I became involved in sports at school and university, enjoying the social interaction that these activities gave me. I began playing underwater hockey in 2010 as a means to get fit and active and got involved in my first inter-clubs tournament shortly after that.

Through Underwater Hockey, I joined the Durban Undersea Club as an active sports member fairly quickly, after seeing what great facilities (at a few social UWH events hosted at DUC) were on offer as a member.

Professionally, I have a geological background and qualification and have had the opportunity to work for an established Geotechnical Engineering consulting firm as well as a piling foundation company in both Johannesburg and Durban. In 2015, I set up my own Engineering Geology consulting business.

I have recently joined the DUC committee as the Underwater Hockey representative, taking the reins from Ryan Hansen.